If you’re travelling to Ireland in March or living here, there are events that you just can’t miss.

Starting on 5th March is the annual Seachtain na Gaelige, a two week festival celebrating Irish music, literature, film and culture in general. it’s the largest celebration of irish language and culture and includes events all over the country, including céilís, theatre, reading, conversation and on and on it goes. Check their website for activities in your area! If you’re into popular music, you’d maybe like to buy a CD with Irish pop songs, that were originally recorded in English, but were translated and rerecorded in Irish – it’s called Ceol 2010.

In Dublin they’ll be starting of on Friday 12th March with activities for children and adults alike. among those are funfairs, treasure hunts, comedy and muic gigs, film screenings and more. The parade starts at Parnell Square at 12 noon on Wednesday.

In Limerick the second biggest parade will start at the same time, 12 noon, and will go down the O’Connell Streeet. On Sunday 14th march, Limerick will be the place to go to for the International Band Competition, starting at 12 noon, going down O’Connell Street. 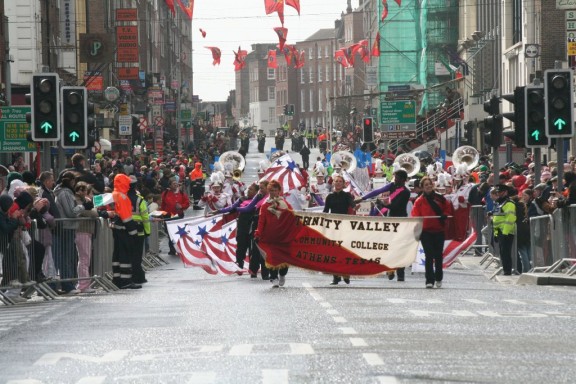 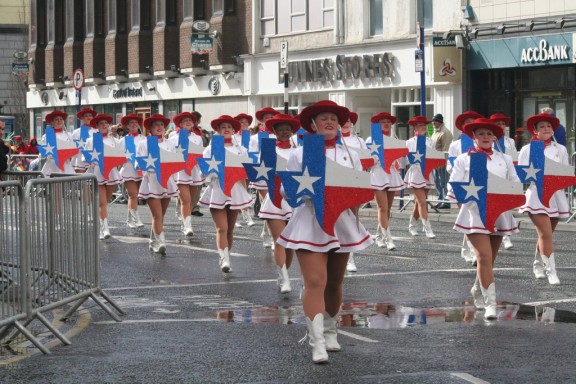 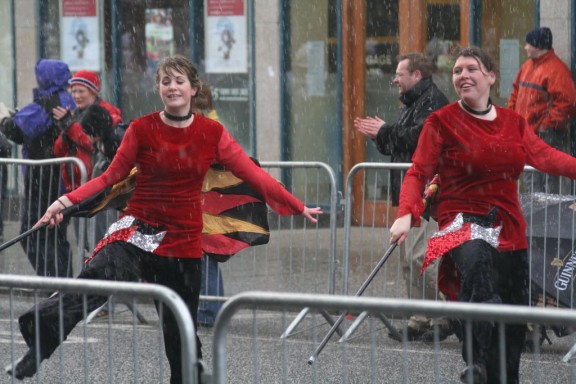 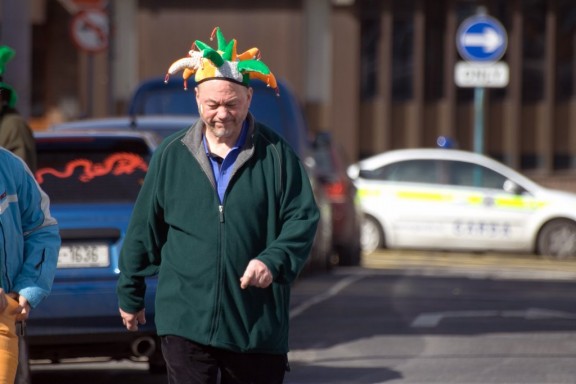 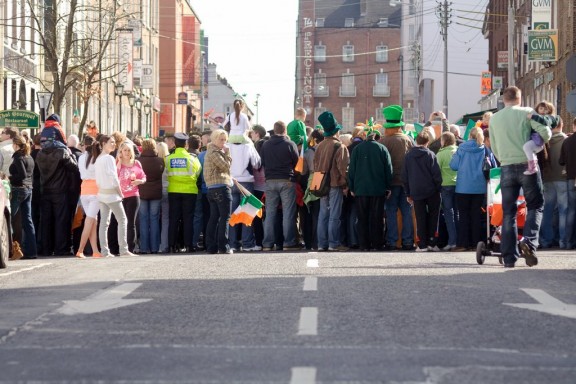 Waiting for the parade. St. Patrick’s Day parade in Limerick 2009.

In Galway the parade will start at 12:30 from Dominic Street and Cork will start marching at 1 pm from South Mall.